Exploiting the conservation of various features of mitochondrial genomes has been instrumental in resolving phylogenetic relationships. Despite extensive sequence evidence, it has not previously been possible to conclusively resolve some key aspects of flatworm mitochondrial genomes, including generally conserved traits, such as start codons, noncoding regions, the full complement of tRNAs, and whether ATP8 is, or is not, encoded by this extranuclear genome. In an effort to address these difficulties, we sought to determine the mitochondrial transcriptomes and genomes of sexual and asexual taxa of freshwater triclads, a group previously poorly represented in flatworm mitogenomic studies. We have discovered evidence for an alternative start codon, an extended cox1 gene, a previously undescribed conserved open reading frame, long noncoding RNAs, and a highly conserved gene order across the large evolutionary distances represented within the triclads. Our findings contribute to the expansion and refinement of mitogenomics to address evolutionary issues in this diverse group of animals. 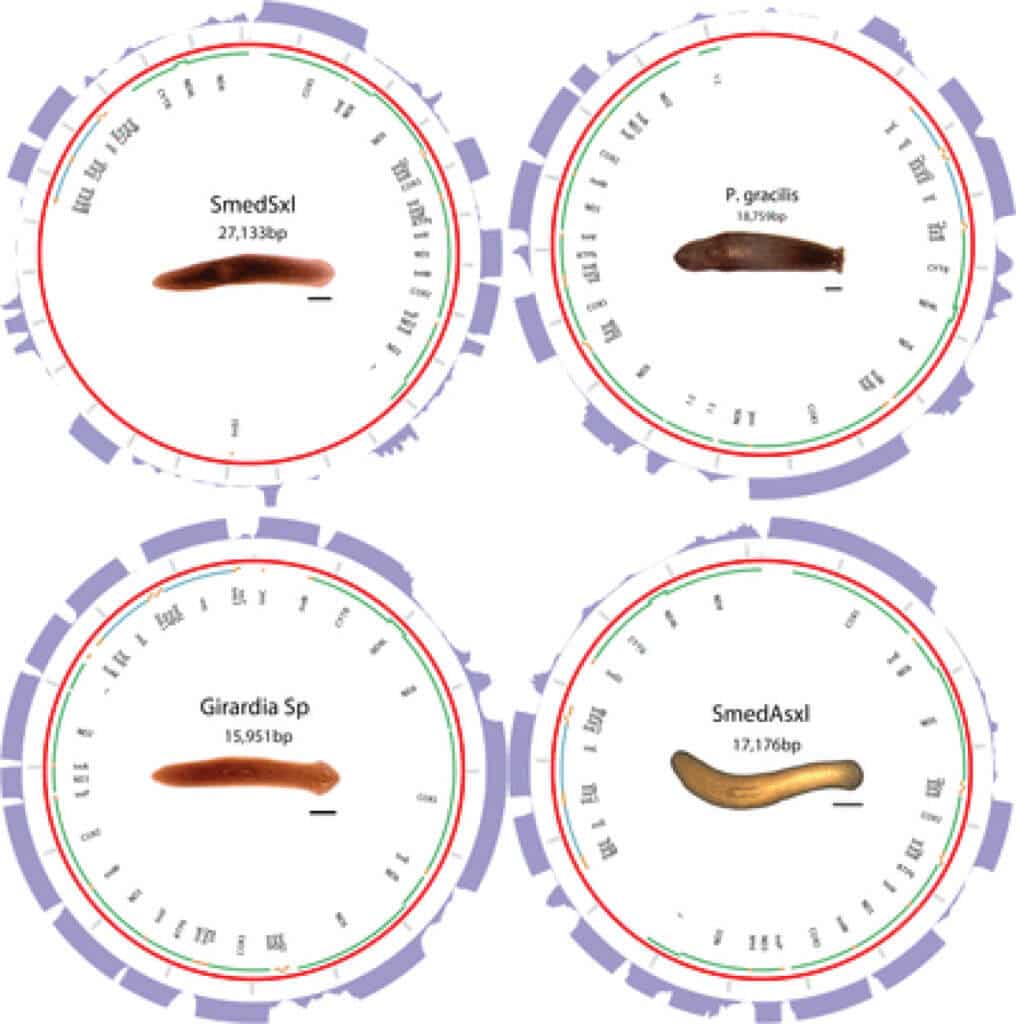