Regeneration is widespread throughout the animal kingdom, but our molecular understanding of this process in adult animals remains poorly understood. Wnt/beta-catenin signaling plays crucial roles throughout animal life from early development to adulthood. In intact and regenerating planarians, the regulation of Wnt/beta-catenin signaling functions to maintain and specify anterior/posterior (A/P) identity. Here, we explore the expression kinetics and RNAi phenotypes for secreted members of the Wnt signaling pathway in the planarian Schmidtea mediterranea. Smed-wnt and sFRP expression during regeneration is surprisingly dynamic and reveals fundamental aspects of planarian biology that have been previously unappreciated. We show that after amputation, a wounding response precedes rapid re-organization of the A/P axis. Furthermore, cells throughout the body plan can mount this response and reassess their new A/P location in the complete absence of stem cells. While initial stages of the amputation response are stem cell independent, tissue remodeling and the integration of a new A/P address with anatomy are stem cell dependent. We also show that WNT5 functions in a reciprocal manner with SLIT to pattern the planarian mediolateral axis, while WNT11-2 patterns the posterior midline. Moreover, we perform an extensive phylogenetic analysis on the Smed-wnt genes using a method that combines and integrates both sequence and structural alignments, enabling us to place all nine genes into Wnt subfamilies for the first time. 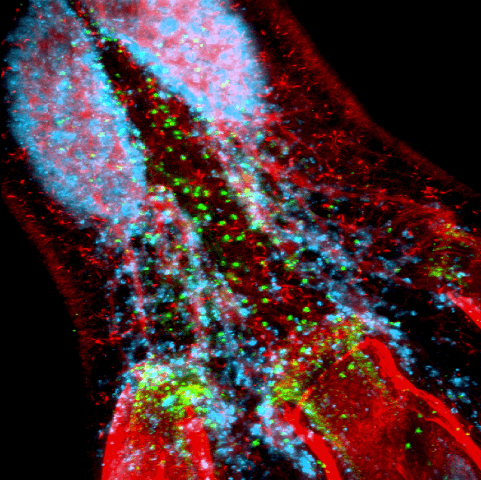