An adaptable chromosome preparation methodology for use in invertebrate research organisms.

The ability to efficiently visualize and manipulate chromosomes is fundamental to understanding the genome architecture of organisms. Conventional chromosome preparation protocols developed for mammalian cells and those relying on species-specific conditions are not suitable for many invertebrates. Hence, a simple and inexpensive chromosome preparation protocol, adaptable to multiple invertebrate species, is needed.

We optimized a chromosome preparation protocol and applied it to several planarian species (phylum Platyhelminthes), the freshwater apple snail Pomacea canaliculata (phylum Mollusca), and the starlet sea anemone Nematostella vectensis (phylum Cnidaria). We demonstrated that both mitotically active adult tissues and embryos can be used as sources of metaphase chromosomes, expanding the potential use of this technique to invertebrates lacking cell lines and/or with limited access to the complete life cycle. Simple hypotonic treatment with deionized water was sufficient for karyotyping; growing cells in culture was not necessary. The obtained karyotypes allowed the identification of differences in ploidy and chromosome architecture among otherwise morphologically indistinguishable organisms, as in the case of a mixed population of planarians collected in the wild. Furthermore, we showed that in all tested organisms representing three different phyla this protocol could be effectively coupled with downstream applications, such as chromosome fluorescent in situ hybridization.

Our simple and inexpensive chromosome preparation protocol can be readily adapted to new invertebrate research organisms to accelerate the discovery of novel genomic patterns across the branches of the tree of life.

PrevPREVIOUS PUBLICATIONCellular, ultrastructural and molecular analyses of epidermal cell development in the planarian Schmidtea mediterranea.
NEXT PUBLICATIONA nuclear hormone receptor and lipid metabolism axis are required for the maintenance and regeneration of reproductive organsNext 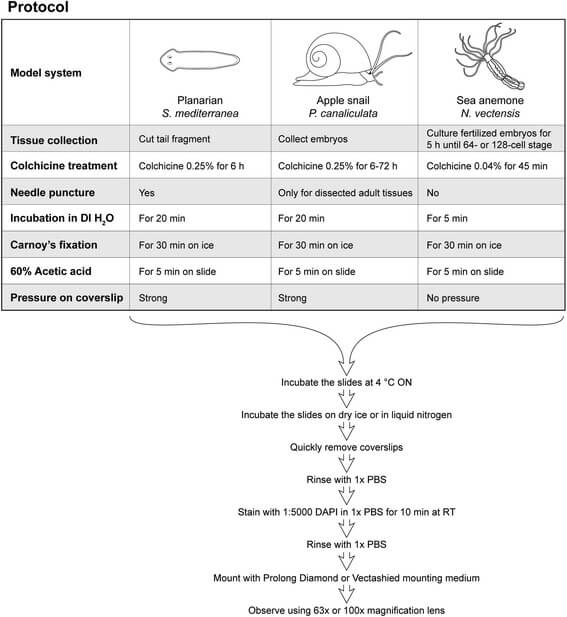 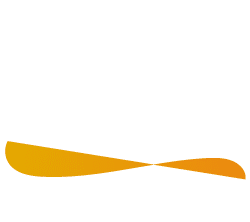