Multicellular organisms are equipped with cellular mechanisms that enable them to replace differentiated cells lost to normal physiological turnover, injury, and for some such as planarians, even amputation. This process of tissue homeostasis is generally mediated by adult stem cells (ASCs), tissue-specific stem cells responsible for maintaining anatomical form and function. To do so, ASCs must modulate the balance between cell proliferation, i.e. in response to nutrients, and that of cell death, i.e. in response to starvation or injury. But how these two antagonistic processes are coordinated remains unclear. Here, we explore the role of the core components of the TOR pathway during planarian tissue homeostasis and regeneration and identified an essential function for TORC1 in these two processes. RNAi-mediated silencing of TOR in intact animals resulted in a significant increase in cell death, whereas stem cell proliferation and stem cell maintenance were unaffected. Amputated animals failed to increase stem cell proliferation after wounding and displayed defects in tissue remodeling. Together, our findings suggest two distinct roles for TORC1 in planarians. TORC1 is required to modulate the balance between cell proliferation and cell death during normal cell turnover and in response to nutrients. In addition, it is required to initiate appropriate stem cell proliferation during regeneration and for proper tissue remodeling to occur to maintain scale and proportion. 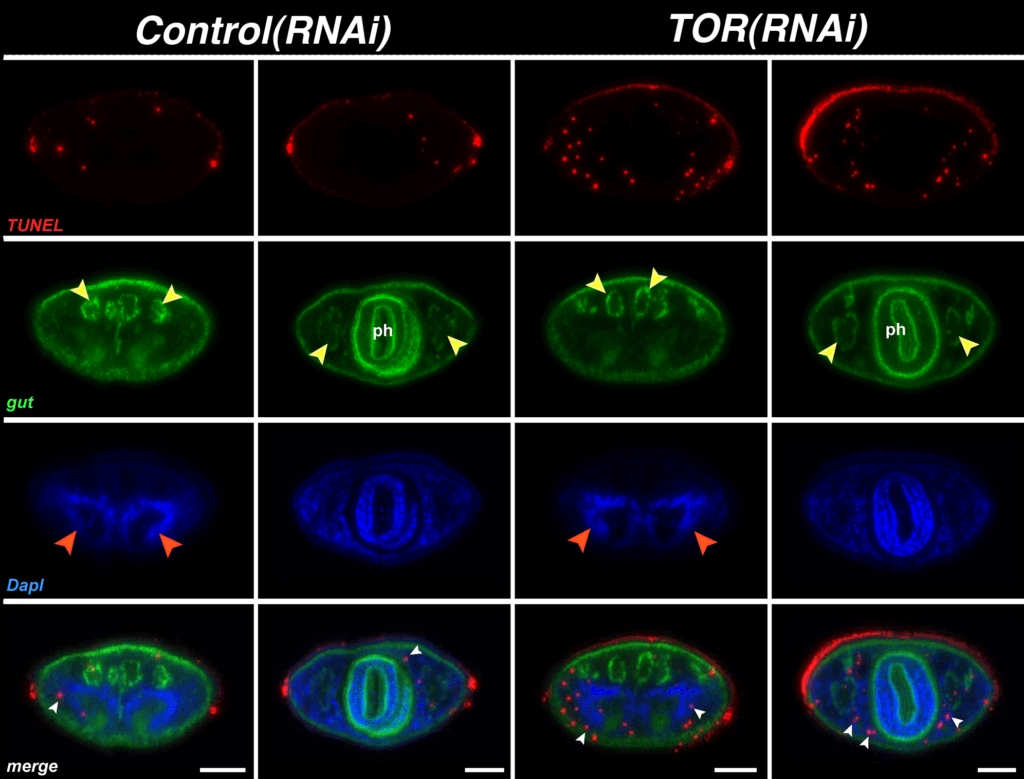