Having an almost unlimited capacity to regenerate tissues lost to age and injury, planarians have long fascinated naturalists. In the Western hemisphere alone, their documented history spans more than 200 years. Planarians were described in the early 19th century as being immortal under the edge of the knife, and initial investigation of these remarkable animals was significantly influenced by studies of regeneration in other organisms and from the flourishing field of experimental embryology in the late 19th and early 20th centuries. This review strives to place the study of planarian regeneration into a broader historical context by focusing on the significance and evolution of knowledge in this field. It also synthesizes our current molecular understanding of the mechanisms of planarian regeneration uncovered since this animals’ relatively recent entrance into the molecular-genetic age.

Elliott SA, Sánchez Alvarado A. The history and enduring contributions of planarians to the study of animal regeneration. WIREs Developmental Biology. 2013;2(3):301—326. 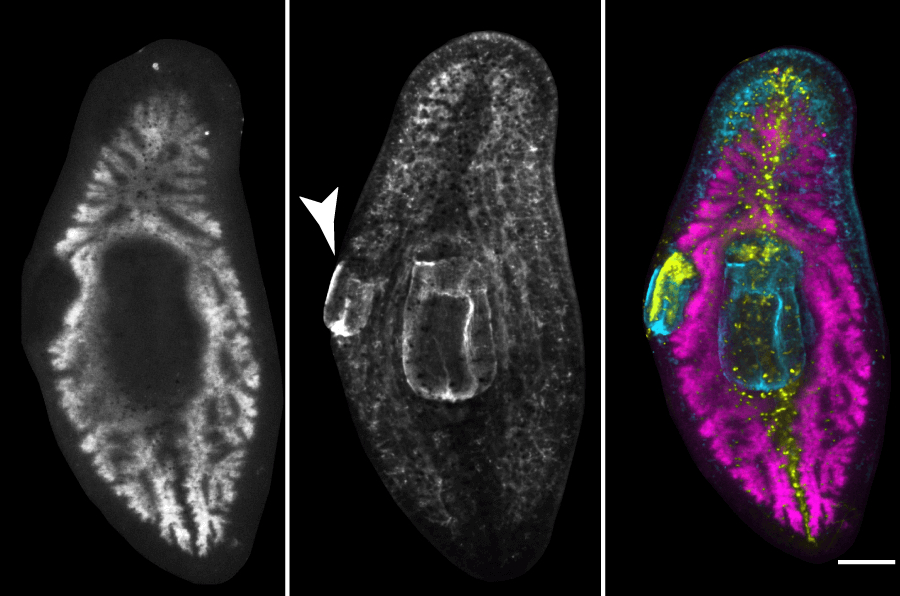