Multicellularity, stem cells, and the neoblasts of the planarian Schmidtea mediterranea

All multicellular organisms depend on stem cells for their survival and perpetuation. Their central role in reproductive, embryonic, and post-embryonic processes, combined with their wide phylogenetic distribution in both the plant and animal kingdoms intimates that the emergence of stem cells may have been a prerequisite in the evolution of multicellular organisms. We present an evolutionary perspective on stem cells and extend this view to ascertain the value of current comparative studies on various invertebrate and vertebrate somatic and germ line stem cells. We suggest that somatic stem cells may be ancestral, with germ line stem cells being derived later in the evolution of multicellular organisms. We also propose that current studies of stem cell biology are likely to benefit from studying the somatic stem cells of simple metazoans. Here, we present the merits of neoblasts, a largely unexplored, yet experimentally accessible population of stem cells found in the planarian Schmidtea mediterranea. We introduce what we know about the neoblasts, and posit some of the questions that will need to be addressed in order to better resolve the relationship between planarian somatic stem cells and those found in other organisms, including humans.

PrevPREVIOUS PUBLICATIONIdentification of Genes Needed for Regeneration, Stem Cell Function, and Tissue Homeostasis by Systematic Perturbation in Planarians
NEXT PUBLICATIONSMEDWI-2 Is a PIWI-Like Protein That Regulates Planarian Stem CellsNext 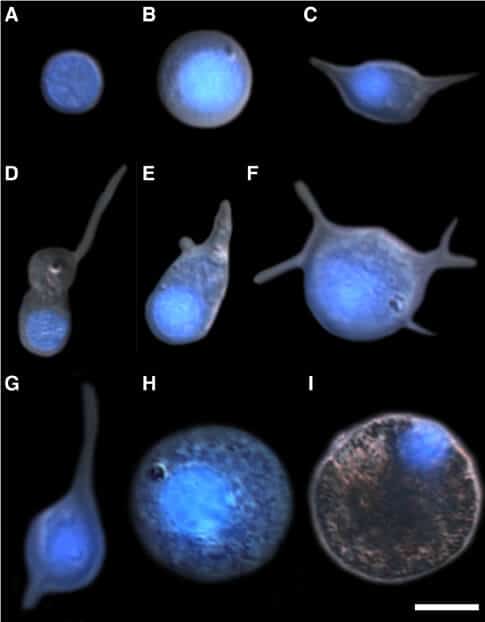